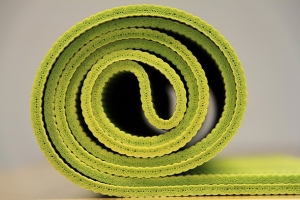 So this writer’s bootcamp is turning more into a writer’s reserves — y’know, one weekend a month, called up when needed.  I can’t help but take in the prompts with a bit of a silly attitude; I mean, really?  You want me to write an obituary for a character?  Or talk about a house’s past?  Maybe if I were in a high school English class, or had never written anything before.  And while that has resulted in a lot of facetious entries (which is great for the wannabe comedic writer in me), it has also resulted in an extreme lack of impetus to carry them out whenever life gets busy.  And life got busy.

This past Tuesday, I finished my registered yoga teacher training with a four-day intensive session.  Intensives usually mean one thing and one thing only: the rest of your life is on pause.  What little not-yoga-me I had left after sessions (filled with final lessons on adjustments, our teaching practicums, and — let’s face it — lots of tears because yoga is all about being authentic to who you are) was spent going to barbecues that family and friends were having over the weekend.  This left little room for anything else.  I barely had time to properly Adult, let alone be snarky in writing prompts.

So the house is a mess, emails need sending, bills still need to be paid, and this week is shaping up to be essentially the fast-forward button after four days of pause.  And I’m perfectly okay with that.

To provide a little backstory: once upon a time in 2013, I quit my job.  No, I didn’t just quit my job: I left an entire field behind.  And the fallout from burning out of what I once thought was my calling was devastating.  I spent the entire summer focusing on my other big change, which was buying/moving into a house.  But once the dust from that settled, I felt weightless — like the very things that were dragging me down also kept me grounded.  I had some vague ideas as to what I wanted to do next, but that was it.  And I felt almost a knee-jerk reaction to devoting myself to anything the way that I had as an early education teacher.  I had given more than what I had available for far too long and was left with nothing but a resignation letter and students who didn’t remember me when I run into them and their parents in the grocery store (“What’s that Mommy?”  Oh, no one.  Just the person who cuddled you while you took your inhaler medicine after getting pneumonia…)

My favorite yoga studio announced sometime after I quit that they would be hosting a teacher training.  I looked at my current situation — absolutely no source of income, just bought a house, closing costs shot up $2000 last minute, only one car to our name/knowing we needed to be buy a second one stat — and went, “Nope.  This just cannot happen this year.”  Which was a tough pill to swallow: I went to the September teacher training info session and it just felt wrong that I was walking away from that.  Little did I know that my husband was busy crunching numbers and figuring out budgets and wrapping up some of the textbooks as Christmas presents.

The past eight months have been a blur.  It was more than just going back to school to finally learn some anatomy and maybe not suck at yoga instruction.  Going to the training forced me to confront a lot of stuff I was perfectly content keeping stored away and gathering dust (hence the crying like a baby in August part).  I knew that people always talk about how teacher training can be transformational, but I didn’t realize to what extent.

I also got a completely unique chance to connect with a group and become friends in a way that you just can’t as adults.  Somewhere along the line, friendships form with type of veneer up.  We can go years without really seeing what’s going on beneath the surface of the people we call friends.  Somewhere along the line, we decided that skeletons are made for closets and friendships are for good times only and we enter the real world accordingly.  But here we were, crying over things like addiction and divorce and the demons we all have to face.  There are few moments in my life that I felt as raw as I did on Tuesday when I cried about how it took me so long to realize that my time as a preschool teacher wasn’t a fluke: that it was just as important in catapulting me to where I need to be as my training has been.

The day after training felt surreal.  There were a ton of things on my to-do list: meet with a gym for a second interview, file the necessary paperwork to become an RYT, teach my rescheduled yoga class at the homeless services center, do my first-ever kickboxing class immediately after a yogalates class (because glutton for punishment).  There was a house that had not seen a lick of cleaning since training started and a set of cats who had not received their usual level of attention and human interaction.  But it also felt like the ultimate cliché: it felt like a new chapter had started.  It felt like somehow during the night, someone flipped through the book and brought me to a fresh page.

And if yesterday was any indication, things are shaping up in some pretty insane and incredible ways.  I can’t go into any real details just yet, but the only word to describe yesterday is overabundance and my heart is filled to the brim because of it.

Now — fear not, random strangers who have no emotional interest in the blog!  Those last four or five bootcamp entries WILL be completed.  It’s just been put on the backburner as I process possibly the most profound bit of schooling I have ever had.