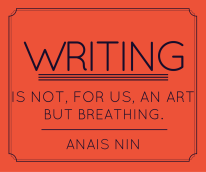 To put a personal update on a supposed-to-be-humor blog: Thank you to everyone who reached out after my father’s passing.  While his health had been on the decline for a while, things took a sharp turn last year just after Thanksgiving.  To say 2015 has been one of the toughest years is pretty much an understatement, but it has also been a year of tremendous growth and understanding and accomplishment.

I’ve been slowly getting back into the swing of things.  Hopefully will be back with funnier posts soon (life didn’t stop me from doing humor before; don’t really feel like letting it stop me now).  I’m also slowly in the process of collecting and editing poetry.  While nothing is set in stone, I am hoping to release a collection through Thought Catalog sometime in 2016.  It’s been a combination of combing through old poems and giving myself permission to write new ones (which sounds silly, but ask any writer who spans across multiple writing mediums: poetry leaves you vulnerable to criticism in a way other forms don’t).

I woke up to find myself sitting up in bed
and crying
large tears spilling
down my face, with reckless abandon
like a child after a nightmare
calling for their mom

I don’t know how I got there, how it
came to pass
that I’d be sobbing in my sleep, upright
with my elbows on my knees
or how long I’d been there, or what
exactly woke me up

Even awake, I kept on crying
like a leak that refused to fix
remarking on how deep the cuts must run
if this is what happens when I dream