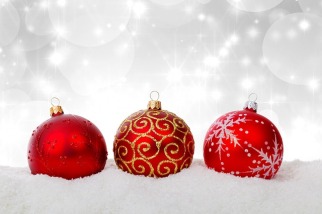 It’s 2014.  I’m in tears in my parents’ kitchen.  Somewhere in the back of my mind, there’s a part of me that can’t help but laugh: most traumatic Thanksgiving ever, and no one is even arguing.

For a few brief moments, I allow myself exactly the level of sorrow that had been building up all night.  A new and different and bewildering sadness, something that hit the core and drew out large pendulous teardrops as it retreated back.

My husband walks in and draws me in for a hug and I collapse where I’m standing.  I only half-heartedly attempt to pull it together when my mom steps into the kitchen; I’m banking on the fact that she’s notoriously unaware of her surroundings.  But even then, she picks up on what’s going on.

“It’s hard.  I know,” she says, looking over into the family room where he sits.  A figure I can’t even pretend to recognize anymore.  A sign of what’s to come.

When the night is over and I’m in my car, I sit with my eyes fixed on the windshield.

“I think that was my dad’s last Thanksgiving,” I say after a moment.

Right after last year’s New Year’s — right as 2014 rolled into 2015 and the Jingle Bell Rock gave way to the rest of winter, right as my father was wheeled into another ER room and some old assumptions gave way to reality — I took down all the Christmas decorations.  I took down the garlands and the knick-knacks and rolled up the holiday welcome mat.  The Christmas tree was chopped up for firewood and the lights were unstrung.

I tucked away the boxes of ornaments like I could just tuck away what was slowly starting to unravel around me.   I had been starved for Christmas spirit in December, but now all that remained was the ghost of what was and what could have been.  With an air of good riddance, the residual residue from the holiday season was gone and I prepared for all of the 2015 storms the meteorologists warned would be coming our way.

But the funny thing is, you can never actually prepare for what’s ahead.  Never the way you need to be, at least.  You can only react and hope for the best.

Cut to Thanksgiving of 2015.  So much has changed, so much is different, so much is uncertain that I’m bewildered in a brand new way.  My husband and I invite my mom and my little brother up to our place — over the river and through the woods and as far away from my childhood home as possible — for Thanksgiving.  My little brother and I take my mom’s dog for a walk and my husband gently converses with my mom in a way that is both heartwarming and heartbreaking.  The dinner is a calm event.  All things considered, it’s probably one of the better Thanksgivings I’ve had in a while.

The next day, the autumn decorations in the house come down.  In some ways, they’d overstayed their welcome: leaf garlands adorned practically everything in the kitchen when the trees outside had been barren for weeks.  The plastic jack-o-lanterns on our front porch were meaningless now that trick-or-treaters were no where to be seen.  But away go the jack-o-lanterns, the leaf garlands, the ceramic plates that say “Give Thanks”, and the candy dish shaped like a maple leaf.  Away go the autumnal table runners and ribbon wreaths and pumpkin-shaped candle holders.  All packed away in its concise tupperware container.

I had a feeling as to what would come next.  I could feel it in early November as two radio stations became 24-hour Christmas caroling and I became someone who automatically skipped over those stations in the car.  I could feel it when I avoided the Christmas decoration aisles, righteously proclaiming that November was for Thanksgiving only.  I could feel it as Christmas plans were being laid out and I was going through the motions, nodding along, putting in the minimum effort.

And I felt it when the house continued to be as bare as the trees outside.  The next logical thing would have been to take out the Christmas boxes.  But November ended and December began and I was still avoiding Christmas music and lights and cheer.  I was the opposite of a ghost hunter, avoiding the Christmas spirit at all costs.  The pit in my stomach felt a lot like coal in my stocking.

I was the Grinch, I was the Scrooge — only I don’t even have it in me to say, “Bah, humbug!” in the face of the holiday season.

In fact, I was refusing to face it at all.

I’ve never been one for guarded.  I pride myself on the opposite — on radical openness, on reckless abandon.  Even when the world tells me to get thicker skin.  Even when I know better.  But there I was, guarded, because I had spent too long starving for Christmas spirit last year and now the hunger had turned into nausea.  I had spent too long confusing hope with the desperation for a specific outcome and now I was burned out on my own optimism.  I had had my arms open for what came next for far too long and now my muscles were fatiguing.

But there I was, also, taking in Christmas music during my drive home, knowing full well three notes in that I’d be ugly-crying.  Knowing full well that that would happen each time I genuinely stopped to listen — and that it would keep happening for a while. 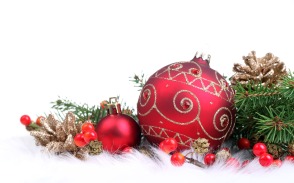 I still need the Christmas spirit, just like I needed it last year.  But, just like I wrote about this time last year, the Christmas spirit is not something you can just find, as if it’ll stand next to the perfect evergreen tree in the lot, waiting for you to pick it out and take it home.  And it’s certainly not something that switches on like the lights at Rockefeller Center.

However, it’s also not something you can avoid.  The spirit will linger, even if you never put up a single ornament.  You can’t decide that you’re angry that it didn’t show up in the way you wanted it to and then turn it away like carolers at the door.

And it comes in all shapes and sizes, forms and varieties.  The Christmas spirit comes in all the wonderful and complicated ways I wrote about last year — and I’m beginning to realize that it can also take the form of resilience.

Resilience, and knowing the vital difference between being resilient and being guarded.  Between refusing to feel and knowing this feeling will pass.  A bundling up against the frigid weather but still breathing in the icy air.

And the Christmas spirit can come in the form of that ugly-cry when desperate hope and primal sorrow collide, creating a perfect storm that had to happen, if only so it could eventually pass.  Allowing yourself to cry through another “O Holy Night” because you understand that eventually you won’t.  Knowing it can and will get dark and not being afraid to keep the eyes open in the midst of it and having faith that there’ll be light again.

The house is still not decorated, but the box of decorations and ornaments have been brought down to the first floor.  I’ll let the Christmas spirit hang with me in whatever form I find it in, as I eventually string up lights and garlands, ornaments and tinsel.  As I linger one more time on Magic 106.7 and listen to Faith Hill ask, “Where Are You Christmas?” — and eventually, as the tears are drying, answer back: