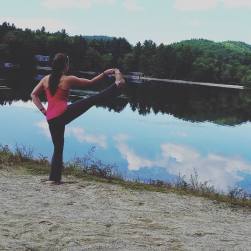 At 16, “No Regrets” meant never having to say sorry for your actions.  It meant shirking away from the consequences of the things you did and said with almost sociopathic glee.

“No regrets,” was said as you made out with the guy a grade above you, knowing full-well he had a girlfriend.  No Regrets meant zooming down a residential street at 60 miles per hour because one of the bumps in the road sent your clunker flying.  No Regrets meant being jackasses at the local mall and being loud at the movies and terrorizing the local playground with your antics.  “No regrets,” was unspokingly acknowledged as you verbally bashed your ex-boyfriend’s new girlfriend behind her back, spoke viciously about a former friend, and dove headfirst into gossip.

In your 20s, “No Regrets” was a call to arms.  It was a reminder that you were already a fifth, a quarter, perhaps even less than that into your life, and you needed to do the things you loved, and now.

No Regrets came in the form of planning that European vacation, even if it meant breaking the bank.  No Regrets meant agreeing to go skydiving, even if the idea of everything that could go wrong sent you into a panic.  No Regrets was said as you submitted your portfolio to a place that was guaranteed to turn you down.  You whispered, “No regrets,” to yourself as you finally admitted how truly, desperately, and madly in love you were with the person in front of you. No Regrets struck a passionate chord against the status quo.  No Regrets became less of an excuse and more of a precautionary element.

But as you toed away from the adolescent you, as you toed away from your 20s and into the blur of Rest of Adulthood, No Regrets took on new form.  While you still found yourself returning back to its previous definitions – during times when you were defensive about your actions or when the existential panic of it all set in – you also found that it took on this beautiful, frustrating, higher resonance.

No Regrets meant understanding that everything happens for a reason, even if you don’t believe in the Higher Power.  Every decision and mishap.  Every shitty thing you did or had done to you.  No Regrets meant having faith that everything in your past – even the things part of you would trade anything in the world to have erased – lead you to exactly where you needed to be.

No Regrets took the form of countless causes and effects, countless actions and reactions, to shape the world around you in dizzyingly complex ways.  No Regrets meant finding peace with a past that might’ve been less than kind, or with behaviors that you were less than proud of.  You whispered, “No regrets,” as you resolved to embrace every single aspect of life.

And No Regrets came in the form of pressing forward, knowing you’d stride, slip, get lost, and get banged up along the way.  Because No Regrets also came in the form of having faith that every present-day action is also part of that same order.  That your evolution is forever ongoing.  Because you’re not 16, you’re not 25, but you still carry that same fire.  And it has not been tamed; it’s simply been shaped into something a little more productive and a little more wise.