“Sometimes you just need to detox the body.”

I’ve heard this countless times before, as if toxins stake territory and the only way to get them out is by drinking some terrible potion.  As if we don’t have working respiratory, circulatory, and endocrine systems.

The grapefruit juice cleanse.  The lemon water and cayenne pepper cleanse.  Liquid diets as a way of clearing the body.  It’s everywhere in the pseudo-New-Age world.

I’ve wanted to say, “If you want to detox, eat healthy and stay away from the things that are bad for you.  If the body can’t cleanse itself then, you’ll be needing far more than a jar of juice and spicy water.”

Sometimes the detox is unnoticeable.  Sometimes it’s as innocent as removing pasta from your diet and feeling like the world has started revolving carbohydrates.

And sometimes it’s a less-than-innocent reminder of how entrenched you were with what was toxic to you.

The caffeine headaches I got when I switched to decaf were otherworldly.  For two solid weeks, the pain behind my eyes and around my temples made me wonder if a migraine was approaching.  It made me wonder if scaling back on my caffeine consumption was even a smart move in the first place.  But I knew I was drinking far too much coffee, and needing more and more caffeine to get the same results.  I knew it was not helping my innate restlessness and unease and anxiousness.  I knew it wasn’t solving my general feeling of weariness.  I knew I wasn’t doing myself any favors in the long run, and I needed a change.

My body detoxed from those caffeine levels in loud and painful and disruptive ways.  In ways that made me wonder if this was the new normal.

And then the headaches dissipated.  The switch was complete.

Even though sometimes the detox will be loud and painful and disruptive.

But sometimes the detox — like the toxin itself — will be subtle and nuanced and intangible.  Sometimes it’s detoxing from an old way of thinking, an antiquated belief system, a trusted reactionary measure or coping device.

But it’s still as simple as this: stop doing the toxic thing, and the body will detox itself.  In whatever ways it needs to.

For all its ubiquity, alcohol is a menacing force.  Depending on your level of addiction, it will scorch the earth when you try to leave it.

Alcohol detox is one of the few fatal withdrawals.  Ironically, opioid withdrawal might make you wish you were dead, but alcohol will actually go through with the deed.  It’s something I learned all too well, when my father was rushed to the ER three days after Thanksgiving in 2014, for what initially appeared to be a stroke.  Forty-eight hours in a hospital bed and away from the liquor cabinet, and the seizures were so severe he was rushed to the ICU.  The doctors did not mince words when talking about why he was there and what exactly it was they were monitoring.

Stop doing the toxic thing, and the soul will cleanse itself.

Remove the toxic, and you will detox.

And the cleanse will always feel elusive at first.  You won’t wake up one morning and pull back the curtains and suddenly feel like you’ve stepped into a new body.  A body free of the toxic dependency, whether it was chemical, biological, or psychological.  You won’t be reenacting any of those pharmaceutical commercials, the world suddenly coloring itself in with vibrant new shades simply because you decided to step out of the trenches.  It will be slow and frustrating and nonlinear and filled with doubt.

But the body will detox itself.  Eventually.  And you will be grateful you got yourself out of the hole when you did. 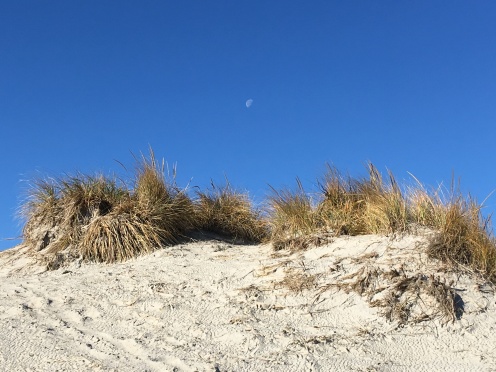