It was Thanksgiving of 2014 when I sat in my car, shell-shocked and exhausted, and muttered, “I think that was my father’s last Thanksgiving.”

December of 2014 was marked with confusion and stress, with phone calls and conversations so maddening that I felt like throwing my phone against the wall.  My father would be in and out of the hospital, fighting tooth and nail to stay at home and rounding up anyone who agreed.  I’d be in and out of reality, desperate for a breath away from what life was turning into. 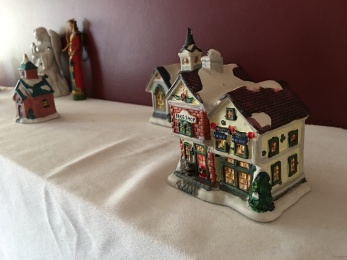 Thanksgiving of 2015 was the first one without him.  My husband and I hosted a humble Thanksgiving, bringing my mother and my little brother up to New Hampshire.

My mother’s talk and demeanor gave hint to the damage of my father’s decline.  It had been almost two months since he had passed and so much had been hollowed out in the wake of it.  Things echoed in ways that caused sideways glances and knowing looks and a profound feeling of soul weariness.

December of 2015 was a weary one.  It echoed the previous December.  It echoed all of 2015, which would turn out to be a year of extreme and brutal upheavals.  It was a month of going through the motions, of being leery of the Christmas cheer and absolutely desperate for it at the same time.  It was a December of exhaustion, of a hazy reality, of a frustrating and confusing ache that lay heavier than any snowfall. 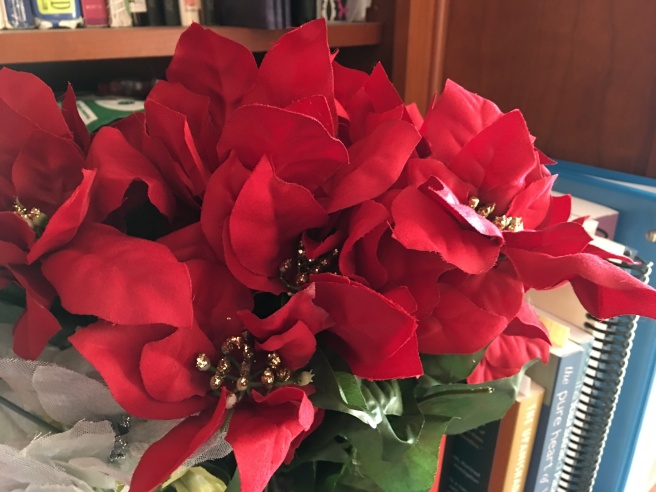 The world was a different place by the time Thanksgiving of 2016 rolled around.  By 2016’s Thanksgiving, our family tree had trimmed off yet a few more branches: my older siblings’ mother, my beloved brother-in-law, both gone within a month of each other.  One death happening weeks before my father’s one-year anniversary, the other a few weeks after.

I brought up my mother and my little brother up again for dinner.  I could hear one of my nephew’s comments echoing through my head:

“It feels like all of family get-togethers as of late have been at funerals and wakes.” 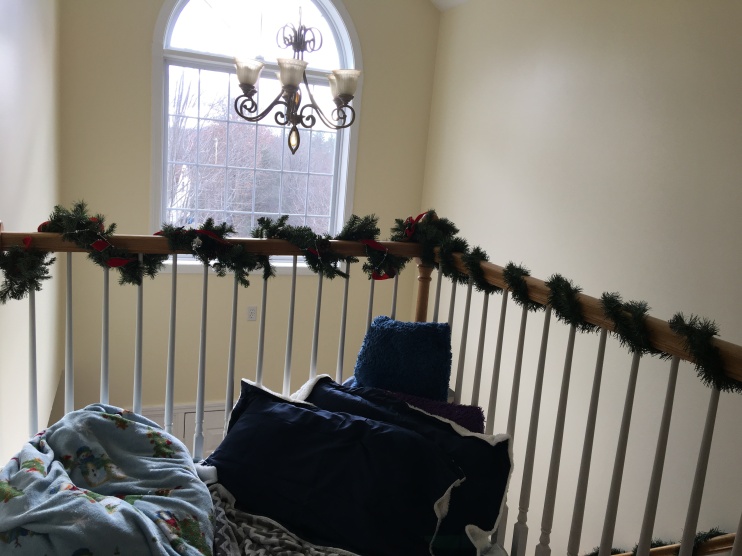 The world was a different place.  There was no other way around it.  November echoed the lessons learned in 2016.  The beautiful and heartbreaking revelations and realizations.  The devastating and unshackling truths.  The recognition of the rebirths that had happened (and had to happen) in the midst of such merciless change.

The start of this December was subtle.  As subtle as listening to the Christmas music on the radio with an easy ear, of making Christmas plans without the weight of the world on my shoulders.

This December proved itself gentler.  It didn’t roll in with hypnotic and intoxicating nostalgia.  It didn’t envelop me in all things merry and bright.  It stepped in slightly, let itself be known, and waited for me to react.

And I reacted with decor.  I put up the garlands and the knick-knacks and the lights because it felt right.  As right as my morning cup of coffee, as right as turning the volume up when the right song comes on.  There was no fight, no struggle, no overwhelming sense of duty.  Just a subtle step forward and into the holiday cheer.

Just a toe into the festivities, as if it were the most natural thing to do.

“Let’s go over the basics,” my husband says as we go to the tree farm. “We’ll keep the tree wrapped until it’s all the way inside, we’ll make sure to never, ever use a plastic stand again…”

He references the comedy of errors from previous Christmases, a little bit of light-hearted humor as we set aside time to wander the rows of trees and cut down our favorite one.

Even the tree we pick is subtle and gentle.  It’s not the behemoth from 2015.  It’s not the tree I desperately wished was the one, right tree, the perfect tree, like I did in 2014.  It simply called out from the ones around it.

“Pick me.  I’m exactly what this Christmas will be.”

One of the men working at the farm is from Paris.  In his thick French accent, he asks if I am from Germany.  Apparently my sing-songy, vaguely-Boston, pseudo-SoCal accent sounds Eastern European to a set of foreign ears.

We set up the tree in our living room.  Our black cat patrols the area, jumping up onto furniture and giving his signature head butts.  The room already has the subtle scents of evergreen.

The lights are colorful and bright and bold.  The ornaments echo back to a blindly and beautifully simpler time.  Trans Siberian Orchestra plays throughout the house.  We decorate the tree, casually talking about gift ideas and joking about farts and strategically placing the good ornaments by the top & the cheap ornaments by the bottom.  There is no need to desperately reference the past, or escape from the present, or worry about the future.  Both cats watch us, ready to bat at the bottom ornaments.

“This is what rebuilding feels like,” I thought to myself, letting Christmas be what it needs to be, in its simple and light and ethereal glory.