The flight to Orlando goes off without a hitch.  That much we get.  At that point, the most annoying part of our journey is the fact that our connecting flight in Orlando — which will bring us to our first destination in Salt Lake City — was delayed by 45 minutes.  But we board without issue and I’m already looking forward to when we land — when we can pick up the rental car and drive to our hotel and rest our travel-weary heads before embarking on our mini-road trip across Idaho and into Montana.  I’m already looking forward to the dawning of the next day, when the sun will peak over the mountains of Utah and we start our adventure.   We’re two days out from our 6-year wedding anniversary and my head & heart are filled with what we will do.

We return back to the gate.  We wait in the plane, all the while a very upbeat captain with a slight brogue tells us that it shouldn’t take long — and that he doesn’t want to deboard the plane over something as minor as making sure the cooling and heating systems are working.

Twenty minutes later, we have to deboard the plane.

We’re in the Orlando airport for an additional 5 hours.  I try to keep my complaining to a minimum.  I’m nervous about the rental car place still being open by the time we hit Utah.  I’m frustrated that we our arrival time for Salt Lake City comes and goes and we still haven’t even reboarded the plane.  But I try to keep it together.  What good would complaining do.  This is a minor setback.  Better delayed than canceled.  Keep it positive.

There is a gaggle of cranky, overtired toddlers.  I send them a mental note: “I feel you.”

Around 12:30 in the morning, we finally board.  I immediately try to get comfortable, counting the minutes until we’re in the air and the lights are off and I can finally get some rest.  It is easily 3+ hours past my bedtime.

As we are taxiing the runway, a woman in the back says that she smells burning.  She’s getting anyone’s attention, which includes the captain’s.  The captain attempts to figure out the smell, and when he can’t smell anything, he opts to return to the gate, just to get the go-ahead from maintenance (but that he doesn’t expect that will take long).

We return to the gate.  Twenty minutes later, the captain tells us the plane is now out of commission.

Flight is canceled.  No other planes available.  Next flight is tomorrow.  We’ll have to fly back to Boston, just to take a direct flight — a direct flight we had opted out of because we didn’t want to lose a day like that for our adventure.

At that moment, I burst into tears.

“This is an adventure-type of vacation,” my husband says as we wait for our luggage. “Things go wrong on adventures.”

At 5:15, the fire alarm goes off, violently waking us from our delirious slumber.

I try to laugh — it has gotten comically bad at this point — but I burst into another set of tears instead. 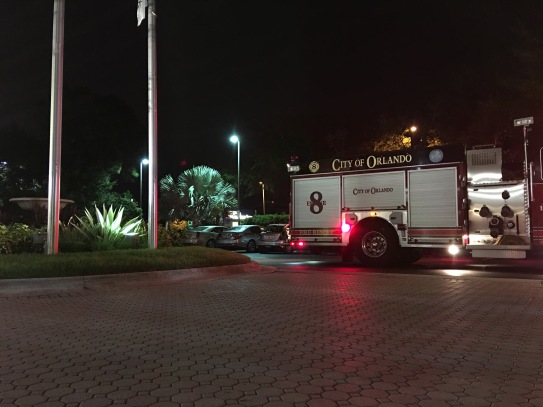 The alarm doesn’t fully turn off until 6.  No real reason is given.  Not that I’d want to be sticking around to find out anyway.  I’m officially past my breaking point.

I crawl into bed still crying, and my husband rubs my back before wrapping his arms around me.

“I’m here,” he coos, and I immediately feel a little more at ease.

I drift in and out, getting in perhaps 45 minutes of semi-sleep before giving up and leaving the room, finding a common area so as not to deprive my husband of sleep as well.

There are not enough mantras and affirmations and meditation techniques in the world to counteract all the negativity I feel.  I’m frustrated at the stupid plane and its stupid AC system.  I’m pissed at the woman who said something about the smell and decide she did it just to feel important.  I’m devastated that we’re losing money and a day in Montana.  I’m heartbroken over my ruined plans.  I’m irritated and sleep-deprived and nauseous and nauseated by it all.

I’m on an adventure. I tell myself. Things go wrong on adventures. 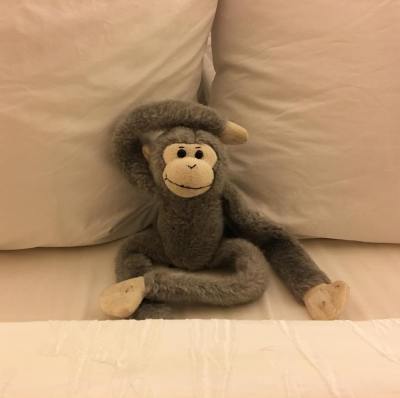 I envy that mindset — envy the fact that my husband can see this mess as exactly that, as part of an adventure — and I wish I could switch over to it.  But I know it’s not as simple as that; the human brain, as malleable as it is, doesn’t shift gears so abruptly.  Deciding you’ll just stop feeling so intensely about something and instead feel the opposite is akin to shoving your car into reverse as it’s going 90 MPH.  You can’t just force a mindset, not without longterm consequences.

Adventure means you can prepare all you want and still get the unexpected.  Adventure isn’t meant to be easy on the soul.  Adventure is meant to fill it in some way.

I can’t help but draw parallels to other aspects in my life.  Perhaps its because this vacation is part of our yearly tradition — a trip to celebrate our wedding anniversary.  Perhaps its because it’s been an intensely introspective time and I pull parallels like bricks for a repaired foundation.  But I see them lay out before me, as if begging to be taken in. 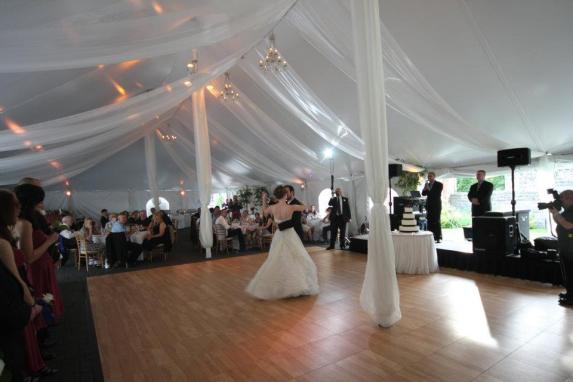 I can’t live, I can’t breathe, unless you do this with me.

I once derided marriage.  Said it was what people did when they wanted to make each other miserable.  And it can.  I look around — look at what I grew up around and what I see in the present day — and see so many people in toxic, dysfunctional marriages, where their roles are almost addictively stuck on making the other miserable (while guarding themselves against the oncoming misery).

But, when done right — or, at least, as right as any of us can do it — marriage is that adventure.  It’s a step forward with an element of risk.  It’s a “don’t be too attached to specific plans because who knows what’s going to happen next.”  It’s a step into the unknown.  It’s knowing things will go awry and that there’s no such thing as prepared.

Just like any adventure, when done wrong, it is a draining, potentially life-ruining experience.  But, when done right, it can fill the soul.  It can tap into exactly what needed tapping into and restore a part of your humanity you didn’t realize was lacking.

I wanna have the same last dream again,
The one where I wake up and I’m alive.

I return back to the hotel room and can hear my husband’s alarm through the door.  I walk in and find the bathroom door closed.  Filled with emotions, I turn off the alarm on his phone, pull up Angels & Airwaves on my phone, and start playing “The Adventure” — and I immediately burst into another set of tears.

Halfway through the song, my husband emerges.

“Good morning!” he says. “How are you feeling?”

I look up with tear-filled eyes and laugh out an, “Emotional!”

“I can see that.”  And, with that, he pulls me in for a hug.  The hug turns into a reincarnation of our first dance, swaying back and forth to the music.  His shoulder is soon soaked with my tears and I am crying for a thousand different reasons.  He holds me a little closer and a little firmer as the song plays into its final refrain.  It’s not spoken this time, but is implied as loudly as the music itself.