This time of the year always brings a depth of reflection and introspection.  It’s carried out in the cold mornings brimming with sluggish light, in the afternoons that fall quickly to darkness, in the crisp & brisk sun and the murk of overcast days.  It’s presented alongside the final weeks of the year, a chance to weigh out the thoughts in my mind and the actions of my past and the potential actions for the future.

I know I have reason to reflect and introspect.  Changes have been great and sudden and only recently have settled.  I compare and contrast where I am now to where I was even a year ago.  I look around, cautiously optimistic that Saturn has finished her return and left my abode.  I shift what I’ve learned from one hand to the other, vacillating between pride in what I’ve become through what I’ve learned and frustration that it took me this long to learn them in the first place. 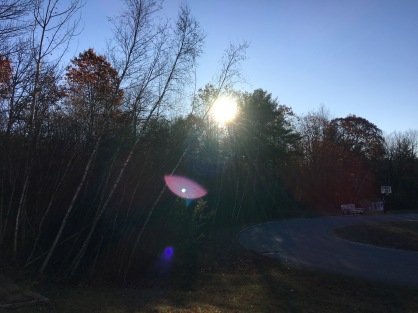 The funny thing about feeling like you’re finally out of the woods, that you’ve actually made it through the tunnel to the light on the other side, is that you find yourself constantly peering back and judging your navigation through them. You make note of every wrong turn, every time you backtracked, every time you thought you were on the mend only to realize how off you were.

And you vacillate a second time, because you don’t know what gets to you more: that it took you this long to learn what you finally know now, or that you’ll never get a second shot at the situation, finally knowing what you know now.

That you did all that work navigating the woods, and yet the map you made will be for a forest you’ll never enter in the exact same way again.  That your experiences might have made you a little better at wayfinding, a little more prepared, a little more equipped for the task, but the next set of woods won’t look like the ones you were just in.

That there’ll be new challenges, new information you will need to learn — hidden information you’ll wish you had acquired before you’d entered. That you know you will have to run those future scenarios — those future dark woods — as good as blind, just like you did before, with the same fevered hope that there is actually light at the end of this tunnel, that you’ll make your way out again.

It makes you question if your lessons learned have any weight at all. 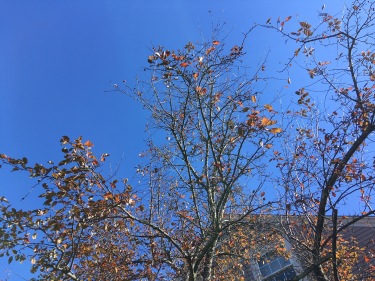 It’s not exactly a new idea — nor is it an original one. I got it from Milan Kundera and The Unbearable Lightness of Being, this idea of the weightlessness that happens as a result of only going through life once.  This sense of futility created in recognizing that we learn these lessons and never get a second go to implement them.

I was 22 when I first read the book, and the idea of lightness was laughable.  For the first time, I had seen the unmarked paths of the rest of my life laid out before me.  I was contending with this newfound reckoning, that the decisions I’ll make will ripple out until they hit my life’s endpoint — and suddenly every move seemed unbearably heavy, even if we only make them once.

But when I hit my late 20s and felt my Saturn Return with full and brutal force — when everything was wrong and I couldn’t get a sense of balance, a sense of grounding, a sense of justice, a sense of predictability — I felt unbearably weightless. I felt like I barely had one foot planted, and all it would take was one strong wind and I’d blow away.  I was the weight of a single flame, just as susceptible to the winds, unpredictable and uncontainable, burning brightly in a haze of uncertainty and anxiety.

I wouldn’t feel a sense of anchoring for a long while, not until I was out the of the woods and in the light and able to put my lessons on the scales and resist the urge to cry do-over — resist the desire to go back in time carrying the knowledge that I wish I’d had and now do it all differently.

But in the dawning hours of a cold autumn sky, with nothing but the silence and the scenery, in brisk, biting air and slow, rainy days — in moments that reassure me and make me smile — I know innately that both incarnations of the scales are correct, and that the weightlessness might be the perfect counterbalance.

Maybe life needs to be light, if only to counteract when the sheer weight of your life’s decisions makes your shoulders fatigue.  Maybe the lightness is not a punishment but a reassurance, a reminder that you’re only going through this life once, so cast off the shackles when you can.

Maybe that lightness is about recognizing you’re not in a school, collecting lessons and reprimanding yourself for failed tests, but instead a dance that was designed to make you step on your partner’s toes and trip over your own legs.  Maybe that lightness includes having faith that the dance is going the way it was always destined to go, that there are no do-overs in the same way you wouldn’t splatter white paint on a masterpiece and demand a retry.

And maybe that lightness includes letting go of the weight of “if only I knew then what I know now.”  Maybe the lightness means no longer lugging around the knowledge that you would’ve done things completely differently if you had been given all the information up front. It means knowing that holding your lessons in front of you does nothing but tire your arms out — the best you can do is deposit them for the future.  The best you can do is be more discerning, have your eyes more open, but also understand you only know things when you know them — that all you can really do is commit to doing the best you can with what you’re given.

Perhaps that’s the whole point: to learn lessons for problem sets you’ll never come cross in that exact form ever again. To build up from where you’re currently at and see how new winds will challenge your structural integrity.  To dance wildly and trip up and injure yourself and get lost in the music and have faith in the conductor.  To have faith you were supposed to run blind and get lost and be found and move on.

Because, at the end of the day, you know you couldn’t have made it out of the most recent woods without your previous forays into it, without a repertoire built slowly from past mistakes.  You know you’re not going at the newest obstacles completely unequipped.  The maps are unusable, but the fortified soul is.

Because, at the end of the day, you know that the lessons do carry weight.  You know that, until the necessary lesson is learned, you will keep returning to those woods, returning to that path, one way or another.  You will trip up over and over again until you learn what it takes to avoid the roots and rocks.

Maybe the whole point of creating the map is to make it unnecessary by the end.

There are times during this part of the year where I feel sodden with what’s around me, like I’ve taken in everything and am left immobile as a result.  Sometimes reminders like these feels like a ringing out, leaving me lighter by the end of it. 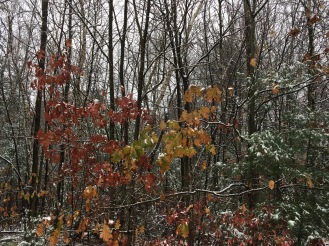 1 thought on “The Bearable Lightness of Being”