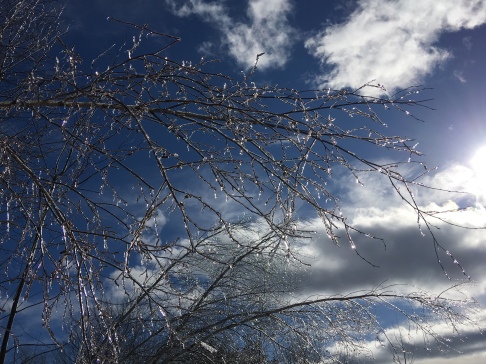 As I quickly learned, cleaning out your closet feels a lot like digging something up.

I had long-ago dropped the former-teacher narrative: not the story of my time as an early education teacher, but the tale of my quitting of the field — and quitting far too late, when the burnout had left indelible grit under my nails and a lingering cough in my throat.  It had taken a few years, but eventually the radioactive dust from the fallout of quitting had dissipated and the air had cleared out again.

But something always lingered.  The gnawing guilt, simultaneously over leaving and over not leaving soon enough — because I didn’t stick it out, and because I stuck it out when the best thing I could’ve done was leave.  Like any wound that didn’t get a clean cut, it festered and reinfected and took years before it finally scarred over.

As I boxed up my old preschool teaching clothes, the old gnaw returned.  I was reminded of the things that were thrown at me in my first job, how different the environment was from my student teaching days at the respected preschool just outside of Copley, or at the revered integrated primary school in Belfast.  I was reminded of when I burst into tears on my third day at my first job, crying so hard on my lunch break that I swore I wouldn’t pull myself together in time to go back inside.  And I was reminded of how I knew then — then, three days into it — that I didn’t have the fortitude to handle what the early education world was really like.

In the presence of this unearthing, I couldn’t help but wonder what would’ve happened, had the variables been different.  If I hadn’t been thrown to the wolves in my very first job.  If I had been able to stay with my chosen age group — Pre-K, instead of getting shuffled around and eventually working two years in a room full of one-year-olds.  If I had had more compassionate leadership, or smaller classes, or more support staff — or more support, period.  If the tribulations were not Kafkaesque in their absurdity and merciless cruelty.  If just one of the hurricane-like Capital B Capital T Bad Things had been taken out of the equation.

Truth be told, I probably would’ve stayed.  Things would’ve been just good enough — or, should I say, things would have been just not-bad enough, for me to lack any impetus to change my situation.

But things were bad enough.  And they had to get there.  I had to come home after a particularly horrendous, outright illegal day, too stressed and drained and overstimulated to even burst into hysterics like I had on previous nights, and say with such numb certainty, “If tomorrow proves to be the same as today was, this will be my last year,” and then watch as the next day proved identical to the previous one (and then go home to write my letter of resignation).

It had to get bad — so bad that I had no choice but to leave.  Because that’s how I operate.  I’m a little bit like the Lady Gaga song — you’re giving me a million reasons to let you go, but baby, I just need one good one to stay.  I have to be stripped of every positive attribute — any chance of putting an optimistic spin on things — before I finally put my foot down and go, “Enough is enough.  This has to end.”

I think of what I’ve dubbed my Saturn Return.  Particularly, of how things had to get bad — absurdly, mercilessly, Kafkaesque, bad — before I finally had the courage to turn around and plant both feet down and face what I had been running from and go, “It’s time to end what I should’ve ended a while ago.”

I have to have my back against the wall before I even think of pushing back.  The building has to be already collapsing before I agree with create something new with my lot of land.  I have to be practically yanked out of my seat by the universe as it yells at me, “Don’t you see this is a bad situation?  How much more severe do I have to make things until you get that?”  I have to have every other avenue blocked off before I’m even daring enough to take one step down the path I should’ve been on all along.

The retrospectives keep coming in waves, no matter how much I remind myself that eventually I have to cease them, eventually I have to be fully in the present moment (my therapist once made the mistake of joking about how a yoga instructor struggles so much with being present, and the energy I gave off in response must’ve been something, because she never made that joke again).  But, to paraphrase Joan Didion, it’s best to stay on nodding terms with the older versions of yourself, no matter how unattractive they may be.  You have to keep a firm grasp on who you used to be, if only to serve as the anchor to things you want changed.

There are many older versions of myself that I turn to, if only to stare them square in the eye and go, “I never want to be you again.”  And one of those unfortunate souls is the version of me who had to wait until everything had blown up before admitting it was time to walk away.  The one who would stay with her current set of circumstances because they were not-bad enough.  The one who had to be backed into a corner, who had to have it spelled out for her, who wouldn’t trust her intuition when it said, “This does you no favors.  Turn your back on it and go.”  Who always had to wait until that moment of overload, when even that one good reason to stay would be obliterated.

And I know the reasons why — and whether I got to the reason from years of therapy or through years of introspection or perhaps a mix of the two is somewhat irrelevant.  It stems from a mix of a weak sense of self and a strong sense that I don’t deserve better.  Of course I can’t trust myself to know when to stick it out and when to walk away — and, likewise, maybe deep down I know I deserve this mistreatment.

But that inevitably means that life will have to get tough — no, not tough.  Dire.  So bad that it flies past not-bad enough and into a territory miserable and misery-inducing.  It’s an exhausting way to live a life, and it inevitably results in time wasted in unhappy situations because you were waiting for the universe to effectively shove you out of harm’s way (by first shoving you off the cliff).

But, once you realize the pattern, you have the foundational tools needed to go about changing it — even if things had to get bad-bad enough to recognize it in the first place.

There’s a trick I sometimes use with my yoga students.  I stole it from the psychiatrist who ran a weekend intensive training I went to a few years back, one designed to help yoga teachers work with veterans with PTSD.  At the very beginning of class, I have my students take a moment to notice how they’re seated, and if it’s possible to be even 5% more comfortable, to give themselves permission to readjust.

The idea is that you’re not only getting them to be more aware of the sensations in their body, but reminding them of their own agency.  In fact, in all the trainings I’ve done over the last few years for trauma-sensitive, trauma-informed yoga, the reminder of your own power to do what you need to do is one of the biggest, overlapping themes.

(Yoga — what I eventually started to do after I left the early education world.  I’m going on four years in this profession, and it fits me like a glove.  If things had been just not-bad enough and I’d never left the ECE world, I wouldn’t be here now.)

A reminder of one’s agency.  I sometimes keep it subtle in class, and sometimes I’ll be overt.  Sometimes I’ll give students multiple choices and tell them to try them out and remind them that, “We’re challenging everything with our yoga practice.  Not just our balance and strength and breath, but our mindsets over staying in something even when it’s not constructive.”

Reminding ourselves of our own agency.  My teaching style reflects that attitude.  I’ve perfected that technique over the years — and perhaps I have perfected it because I want to give that lesson to my students, that reminder that we shouldn’t be okay with just not-bad enough, so that maybe, just maybe, they aren’t waiting until their inner doomsday clock is 30 seconds to midnight before they finally do something about it. 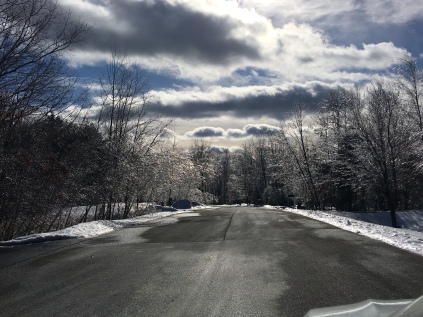