My husband got me into a new game. A puzzle where you have to figure out the image based on nothing but number clues along the top and side of a blank square. Empty rows & columns, and you only get three mistakes before you have to restart (four if you’re willing to watch a commercial).

It’s a game of patience, of looking at the numbers and seeing what they can tell you. Slowly chipping away, even if it means agonizing over the numbers only to fill in exactly one block.

I avoided it at first. Numbers get jumbled in my head. Math made me cry in frustration until I abandoned the subject entirely. But like so many other things that make me want to run, I stepped forward into it, if only to say I can.

I’m not great at it. The numbers still get jumbled and I’ll make a move assuming I saw one number when it was something else. And sometimes I stare at the tiles, unsure what my next move is going to be.

“This puzzle is giving me nothing,” I’ve said a few times to my husband, more times than I should.

“Well, tell me about that row,” is all he’ll say, and point to a spot on my screen. He knows the answer and isn’t giving it to me. He wants me to find it on my own. Teach a man to fish instead of giving it to him, in a sense.

And it’s a quick lesson with the fishing line. I figure something out on that row, and then another, and then another. And suddenly the entire puzzle is figured out. Suddenly a bunch of white tiles is now a mosaic. A flower, a sunrise, the pyramids. Chaos and confusion evolved into beauty.

“It was a calculated risk, but man I’m bad at math.”

“No it wasn’t,” my husband corrects. “It was a calculated risk, but you did the math right. You knew exactly each way the situation could’ve gone. You’re not bad at math just because a negative result happened.”

We’re driving through the Midwest after a soul-draining week — yet another tumult in the soul, another moment I had to stand toe to toe with a few demons I wished were quieter housemates. Another chapter in this overhaul from the last few months.

All this inner growth is goddamn exhausting.

I sigh out the uncertainty. I’ve been here before. In fact, exactly the year before, give or take a week. It’s almost like the fall is has become a type of clearing out ever since my father passed. A wildfire that sweeps through forests like kindling.

I’m focusing on the positive. I’m finding my voice. I’ve let toxic or unfair situations fester before. It’s what got me into such a confrontation last year, anyway. Because I couldn’t just stand my ground, even though I knew it would’ve meant walking away. Little did I understand, then, the power in deciding when you make those steps.

But back home in the northeast, I sigh heavily again. So much is in limbo. Things happening in 2020 that I can only wait for in 2019. The moving parts are making me dizzy. There are more things in the air and it’s all can do not to snatch them out and call them mine, albeit it prematurely. After getting comfortably complacent for years, so much is unknown.

And that’s what I focus on. Everything will work out. It always does. I learned a long time ago that it will feel like life is shoving you to the ground when in fact you were dodging a bullet. 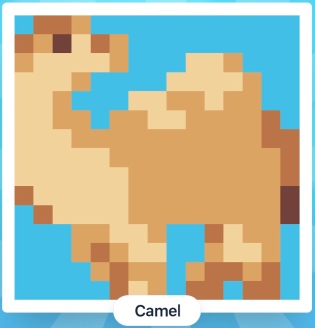 I like the numbers game because you never know when a chip here and there will cause the entire sheet of ice to break.

I like the satisfaction of things falling into place, after staring at the great unknown, telling the powers that be, “You’re giving me nothing.” — when, in reality, they have given me plenty. It’s just a matter of looking at the signs and asking yourself, “Tell me about what you see.”

When I started, I assumed I’d be stuck on easy mode forever. I graduated to intermediate, and then swore I’d only do the hard mode puzzles with my husband to guide me through.

And, for the first few, he does: a few evenings on the couch, my iPad between us, him asking me to tell him about this row, that column, when to change orientation and what to look out for. He’s not really guiding me through so much as he’s teaching me how to think so I can guide myself.

Soon enough, I’m doing the hard puzzles on my own. Asking myself the same questions. Messing up, mixing up numbers in my head, but eventually getting the puzzle, even if I have to watch a commercial to get that extra chance.

It’s a lesson in patience. A lesson in sitting with the unknown and recognizing you don’t have the whole picture yet. In just thinking aloud, “what are you trying to tell me?” and deduce from there. In recognizing that you don’t have to solve the whole thing just yet — just chip away, tile by tile, step by step, until eventually the ice breaks and everything falls into place.